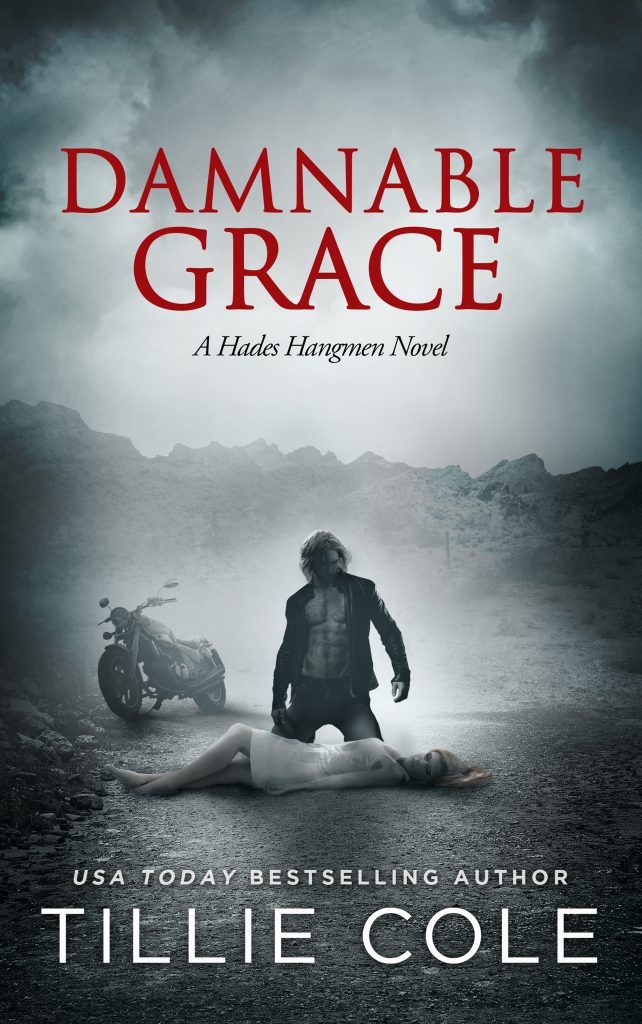 EVEN THE BROKEN, THROUGH LOVE, CAN FIND GRACE…

The burden of guilt never lifts from the heart.

Born and raised in The Order of David, Sister Phebe knows nothing but cult life. Head of the Sacred Sisters of New Zion, Phebe was groomed from childhood for one purpose: to seduce. Prized as a harlot, as a New Zion whore, Phebe is taken from the doomed cult by Meister, the notorious leader of the Aryan Brotherhood. Taken as his possession. Taken to be the woman who will obey his every sexual demand. Under his heavy hand, Phebe finds herself in a place much worse than she could ever have imagined… with absolutely no one to help. And no glimpse of hope.

Xavier ‘AK’ Deyes is content with his life as Sergeant-At-Arms of the Hades Hangmen. Leader of the infamous ‘Psycho Trio’ and ex-special ops sniper, AK knows how to fight. Experienced in warfare and schooled in military operations, AK is vital to the Hangmen. When his Vice President needs help retrieving his missing sister-in-law, Phebe, from a Klan-funded trafficking ring, AK volunteers to go in. AK remembers the red-head from New Zion. Remembers everything about her from the single time they met—her red hair, blue eyes and freckled face. But when he finds her, heavily drugged and under Meister’s control, her sorry condition causes him to remember more than the beautiful woman he once tied to a tree. Saving Phebe forces hidden demons from his past to return. A past he can never move on from, no matter how hard he tries.

As AK fights to help Phebe, and in turn she strives to help him, they realize their secret sins will never leave them alone. Kindred broken souls, they realize the only way they can be rid of their ghosts is to face them together and try to find peace.

Despair soon turns to hope, and damaged hearts soon start to heal. But when their deep, painful scars resurface, becoming too much to bear, the time comes when they must make a heavy choice: stay forever damned; or together, find grace.

***NOT a standalone. MUST be read as part of The Hades Hangmen Series***

PURCHASE THE EBOOK OF DAMNABLE GRACE

PURCHASE THE PAPERBACK OF DAMNABLE GRACE